Ready to work with us?

Ready to work with us? Let’s talk.

The Springfield Salary Index – 30 Years of the Simpsons

For the last 30 years, many of us have watched the Simpsons on our screens every night.

The first episode aired on the 17th of December 1989, titled “Simpsons Roasting on an Open Fire”. The franchise has been such a huge success that it was turned into a movie (the one with spider pig) and you can even visit Springfield at Universal Orlando Studios.

There are 662 episodes in total, meaning that we have watched almost 250 hours of The Simpsons since 1989. It would take just over ten days to watch all of the episodes. 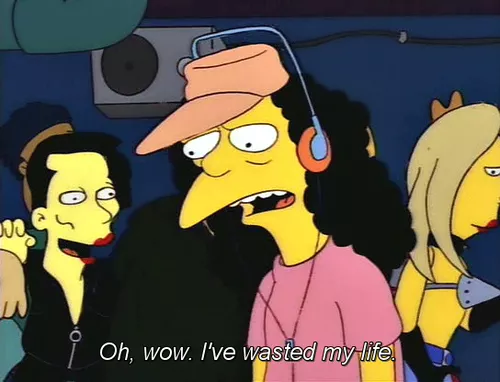 The locals of Springfield have had an array of different jobs, from working at the DMV to running a nuclear powerplant. But which of our favourite yellow characters has earnt the most money over the past 30 years?

We pulled together the average salaries for 30 of the show’s characters to work out their overall earnings since the show began in 1989. Using the equivalent salary for a character’s job role; the figures also take into account the impact of inflation since the show began.

Surprisingly, the rich and greedy Mr Burns was not at the top spot, coming fourth. Drederick Tatum, a parody of famous boxer Mike Tyson, earnt the most over thirty years with £564,392,500.

Drederick was followed by actor Rainier Wolfcastle (a parody of Arnold Schwarzenegger) bringing home £102,852,245 and then mafia boss Fat Tony with £33.1 million.

Fans of Homer will be happy to hear that sisters-in-law Patty and Selma finished bottom of the charts with their roles at the Department of Motor Vehicles (DMV) making an average of £440k over the 30 years. Springfield Elementary staff Lunchlady Doris (£441k) and Groundskeeper Willie (£447k) were just ahead, making up the rest of the bottom three.

The full rankings were as follows:

Our CEO, James Calder, commented on the results:

“We often look to TV shows to inspire our own career choices, so it’s interesting to see how lucrative the jobs of some of our favourite characters really are. With inflation and also changing requirements in the marketplace, roles which may have seemed like a safe bet for a secure future 30 years ago, are now degraded and, in some cases, obsolete. With the longevity of shows like The Simpsons meaning they are still on our screens even now, it’s important that audiences reflect on the job choices and allow it to inspire where appropriate, but also do their due diligence to find the right job for them.”

We may not have any vacancies for nuclear power plant owners, but if you’re looking for your perfect role, get in touch!

Ready to work with us? Let’s talk.